Alternative Methods in Experimental Philosophy: Beyond the Questionnaire 15th-16th July 2017

This year's conference will be led by three plenary sessions in which speakers engaged in class-leading experimental philosophy research addressing diverse areas of philosophical inquiry will present their most recent investigations. 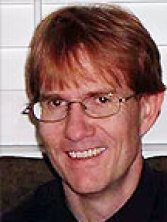 At the 2017 conference, our lead speaker will be one of the pioneers of experimental philosophy. Shaun Nichols is the co-editor (with Joshua Knobe) of two foundational volumes of collected papers on Experimental Philosophy.

Shaun will talk on 'Moral Empiricism: a rational learning approach to moral judgement'. This address will demonstrate how a statistical learning paradigm, where participants have to learn novel rules from sample violations, can be used to develop and test accounts of moral judgements that explain several of their aspects in terms of rational inference. 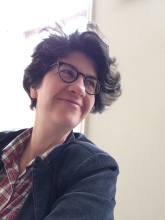 At this conference, Arianna will present the application of a novel computational methodology that is offering startling new insights to trace the evolution of concepts through time. 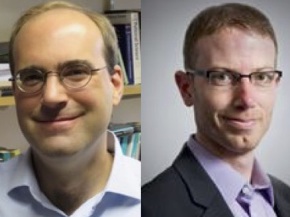 Demonstrating the rich interdisciplinary nature of experimental philosophy, Eugen (Philosophy, UEA), Paul (Psychology, UEA) and Aurélie (Computational Semantics, Trento), present a paper which explores how a psycholinguistic toolkit that combines offline and online measures (such as plausibility ratings and pupillometry) can be complemented with computational methods (distributional semantics analysis) to explain and assess intuitions that involve, and inferences from, philosophical case descriptions.

Scepticism and the Acquisition of "knowledge"

The philosophically important concepts present in common-sense thought must be acquired in some fashion. Recent advances in statistical learning theory provide resources for providing candidate explanations for the acquisition of certain such concepts. Substantive theories of acquisition will include (i) a thesis (T) about the concept (typically concerning the content of the concept) (ii) a specification of the learner’s hypothesis space (H), (iii) an empirical assessment of the evidence (D) available to the learner, and (iv) an explication of how statistical principles would make it appropriate for a learner with H and D to infer T. We apply this method to the acquisition of the concept of knowledge. Do you know you’re not being massively deceived by an evil demon? That’s a familiar sceptical challenge. But how do you have a conception of knowledge on which the evil demon constitutes a prima facie challenge? Why do people respond so quickly to outlandish sceptical scenarios involving sorcerers and mad scientists? Recently several philosophers have suggested that our responses to sceptical scenarios can be explained in terms of heuristics and biases. Drawing instead on learning theory, we argue that, given the evidence available to the learner, it would be rational for the learner to infer an infallibilist conception of knowledge.

Eyes as Windows to Minds: Psycholinguistics for Philosophy

Language shapes inferences. This talk discusses how methods from psycholinguistics and computational linguistics can be used to study automatic inferences that routinely go on in language comprehension – e.g., when philosophers read case-descriptions for thought experiments, or premises of arguments. Our research examines under what conditions the key process of stereotypical enrichment (Levinson 2000) leads to contextually inappropriate inferences, and how such inferences lead to unsound intuitions, and fallacies in philosophical arguments. We present a study on a classical paradox about perception, the ‘argument from hallucination’. We used computational methods (distributional semantics analysis) to document salience differences between senses of ‘to see’. We then combined pupillometry with plausibility ratings to examine the hypothesis that extensive salience differences promote inappropriate inferences from less salient uses of the verb. This paradigm can be used more generally to study whether automatic inferences from words are made in language comprehension and go on to affect further thought.

History of Philosophy in Ones and Zeros

Experimental philosophers are increasingly interested in complementing experimental methods with empirical methods from the digital humanities. These crucially include computational tools such as text mining and data mining techniques. These methods are attractive, because valuable contributions can be obtained by applying even rather simple, well-known computational techniques to texts relevant to the work of philosophers (van Wierst et al. 2016). This talk substantiates the point by presenting a quantitative, computational analysis of philosophical texts in addressing two open questions in the history of 19th and 20th analytic philosophy, by relying on corpora of writings by Bernard Bolzano (1781-1848) and Willard van Orman Quine (1908-2000). I highlight practical and methodological issues arising from the use of these new methods, and formulate recommendations and plans for future work in this field.